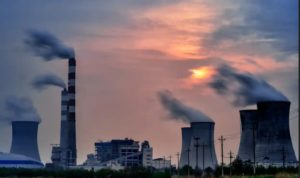 In recent years there has been increasing intense scrutiny of high emitting industries, such as fossil fuel corporations, in order to reduce greenhouse gas emissions. However, to effectively get to the root of the problem we need to turn our attention to another set of actors who are enabling these industries. Financial markets play a central role in the climate crisis and should not be absolved of liability  simply because it is through indirect financing of extractive industries instead of the direct production of emissions. Thus far banks have been able to rely on Environmental, Social, and Governance (ESG) branding to conceal their affinity for extractive industries. The suite of strategies climate activists use to target fossil fuel companies, such as strategic litigation, lobbying for stronger government action, and public demonstrations, are limited because they address the symptom not the cause. These industries would not be able to operate without the large capital investments and financial services offered by banks. Targeting the centrality of finance to fossil fuel industries gets to the root of the problem. Influencing bank practices is a promising proactive strategy to address the climate-related impacts of economic activities.

Canada’s big six banks, Royal Bank of Canada, Bank of Montreal, Canadian Imperial Bank of Commerce, Bank of Nova Scotia, Toronto-Dominion Bank and National Bank of Canada are some of the most powerful corporate entities in Canada and control the largest shares of capital investment. The intersection of the big six and the fossil fuel industry spans the gamut of financing from investing, lending, and underwriting. Yet is increasingly evident that these relationships come with significant risk. A study by Refinitiv, the financial market data analytics provider, calculated that risk associated with fossil fuel lending and underwriting is twenty-five times greater than their renewable lending and underwriting. Big oil has been one of the worst performing investments. Yet these banks continually provide more project financing to fossil fuel sector than renewables and seem unwilling to cut ties with fossil fuel industries. Indeed, the big six increased their lending and commitments to the sector by more than 50 per cent, to $137 billion, between 2014 and 2020. All of this as the Intergovernmental Panel on Climate Change released various reports confirming, with increasing scientific certainty, such investments in fossil fuels will push warming beyond the 1.5°C threshold temperature to avoid major climate catastrophes. 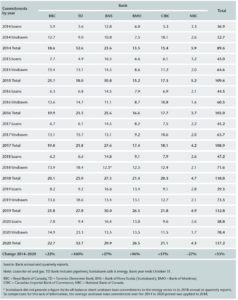 Litigation as cause of action

The main mechanisms banks use to address their financing of extractive industries – disclosure and net-zero initiatives – have so far proven ineffective because they rely on voluntary reporting and lack meaningful enforcement. Litigation can fill the gaps these mechanisms create to force financers to turn off the taps to the pipelines. A climate case against the big banks could take several different forms. It could be based on the failure to disclose, or accurately disclose, climate-related risk. Or a claim could allege that banks have been breaching fiduciary duties by failing to consider ESG implications of investment strategies which will undermine financial returns. A claim could also be based in negligence to hold private actors accountable for inaction on climate change, and for harms resulting from their acts and omissions. For example, providing capital to the fossil fuel industry to enable the continued production of oil and gas, thereby continue to cause harms to residents near the oil sands, the environment, and people across the country affected by emissions. Targeting the centrality of finance to fossil fuel industries gets to the root of the problem which is why it is more effective than litigation against big emitters. Pursuing strategic litigation means using resources most effectively, which in this case means going after banks. While litigation is not a solution to climate change in and of itself, it can be an important tool for tackling a complex and dynamic problem like the financing  of the fossil fuel industry. As part of broader climate change strategies litigation can provide much needed pressure where current industry led initiatives continue to fail.

In a period of major financial uncertainty for the future of fossil fuels, and in the face of growing global consensus about the need to leave them in the ground, Canada’s big six continue to firmly support fossil fuel industries. While making bold statements about reducing carbon emissions, they pour millions of dollars into fossil fuel projects, ensuring Canada will not achieve its emissions reduction targets. Litigation against banks is one way to put pressure on the financiers to adjust their practices for a warming world, invest more in renewable energy projects, and support climate adaptation and mitigation.