Conflicts in protecting the Black Ash with Bill 108

On June 6th, 2019, the Conservative-led Ontario government passed the More Homes, More Choice Act, AKA Bill 108. This bill was promoted as a response to the housing affordability crisis facing the province. It made a number of amendments to various different statutes, including endangered species protection under the Endangered Species Act. 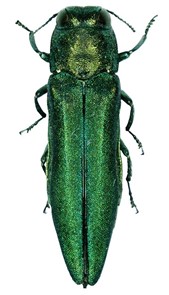 Bill 108 added section 8.1 to the Endangered Species Act. This new section allows the minister to suspend the protections that would normally apply when a new species is listed for up to three years. The ESA was heralded as the strongest law of its kind when it was first enacted. The heart of the regime are the protection under s 9 and 10. Section 9 prohibits anyone from killing, harming, selling, or possessing any part of an endangered species. Section 10 prohibits harming the habitat of any listed species. Historically a key feature of the ESA was its automatic listing process under ss 6-8 , guided by expert knowledge through the independent Committee On the Status of Species at Risk in Ontario (COSSARO). When COSSARO assessed a species as requiring protection, the government had no discretion about listing and protections immediately applied. Now a species can be listed as endangered in Ontario but have no meaningful protection for up to 3 years.

(Photo: By Pennsylvania Department of Conservation and Natural Resources – Forestry)

Black Ash, and the Ministry of the Environment, Conservation and Parks:

How are Black Ash trees endangered when there are so many of them in my area?

Ontario has upwards of 25% of the Black Ash population in the world – millions of trees. Which then begs the question, how can our population be considered endangered? The threat to the Black Ash comes down to an invasive beetle known as the Emerald Ash Borer. This beetle kills 99.9% of the Ash trees it infects in 3-6 years and is currently spreading through much of Ontario's Black Ash range. Because Ontario has so many of the world’s Black Ash, and so much of its range is susceptible to the Emerald Ash Borer, COSSARO has deemed the tree not only endangered but also concluded that Ontario's international conservation obligation is very high. (See the COSSARO Report for a full run down)

If the threat of the Emerald Ash Borer is severe, doesn't it make sense to give the government time to plan its response?

One of the problems with the government's reasoning for the pause is that Ontario already has a well-established best practice management plan, called the SLowing Ash Mortality (SLAM) approach. The SLAM approach specifically balances effectively slowing the spread of the Emerald Ash Borer while maximizing economic savings. The Emerald Ash Borer has been in southern Ontario for twenty years. The majority of municipalities within the Emerald Ash Borer range already use the SLAM approach and have at least a decade of hard data on the social and economic impacts of it.

But why does this tree matter?

Black Ash is both an ecologically and culturally important tree in Ontario. It is the dominant species in swamp ecosystems and plays a pivotal role in feeding and sheltering other species. Additionally, it is considered sacred to several First Nations in Canada, such as the Anishinaabeg, Haudenosaunee, and Wabenaki Peoples. They use the tree for weaving baskets, canoes, snowshoes, and fish traps. The significance of this tree as an important medicine is affirmed by the submission made by Michipicoten First Nation.

What are the Legal Implications of Pausing Protection for the Black Ash? 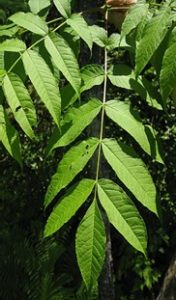 This issue involves several overlapping legal rights and responsibilities, particularly with respect to Indigenous rights. Many First Nations have Treaty or Aboriginal Rights to use and access Black Ash trees for cultural practices. These rights are protected by s. 35 of the Constitution. Further, Indigenous People’s relationships and obligations to Black Ash trees could be negatively impacted by both an outright ban on cutting Black Ash and by the failure to protect them. Indigenous Peoples should be leading efforts to protect these sacred trees in accordance with their own laws and in partnership with municipalities and the province. The recent Yahey v British Columbia decision out of BC puts governments on notice that their failures to adequately protect and maintain certain natural resources and ecosystems central to Indigenous ways of life from the cumulative impacts of development may constitute a Treaty infringement. The importance of consultation with First Nations impacted by the potential loss of the Black Ash tree was reiterated by both Michipicoten First Nation, and, Ontario Nature.

Further, the delay in protecting Black Ash trees will not only undermine Indigenous and municipal efforts to manage the impacts of the emerald ash border, it may actually incentivize developers and forestry tenure owners to eradicate as much Black Ash from their properties as possible in before the protections kick in. With all this in mind it remains unclear how this pause could benefit anyone in the province other than those seeking to remove Black Ash trees and the ecosystems in which they are embedded.