Indigenous Protected and Conserved Areas (IPCAs) are gaining international traction. By recognizing the long-standing relationships of care and responsibility between Indigenous Peoples and their territories, they are redefining how we envision and create protected areas.

The We Rise Together Report by the Indigenous Circle of Experts defines IPCAs as “lands and waters where Indigenous governments have the primary role in protecting and conserving ecosystems through Indigenous laws, governance and knowledge systems.” IPCAs generally share three essential elements: IPCAs are Indigenous led, represent a long-term commitment to conservation, and elevate Indigenous rights and responsibilities.

IPCAs are recognized as a necessary part of meeting the UN Biodiversity goals. While they are expressly recognized by Canada, Ontario is yet to step up and engage with these models for Indigenous-led conservation. Currently, there is no provincial law that explicitly recognizes IPCAs as a form of protected area. Nor is there any policy or proposal that sets out a how parks could be governed by Indigenous Peoples.  This lack of legal recognition, combined with the ongoing assumption of Crown authority for lands, makes the creation of IPCAs in Ontario challenging. Despite the difficulties, many Indigenous communities have been working diligently to establish an IPCA in their territories.[1]

How do we get there? The legal authority to establish, manage, and govern IPCAs in Canada fall on a “jurisdictional spectrum”.  This spectrum includes Crown-based authority on one end, Indigenous authority on the other, and joint-authority in between. An example of each will be highlighted to show how there is no “one-size fits all” solution for the establishment of IPCAs. 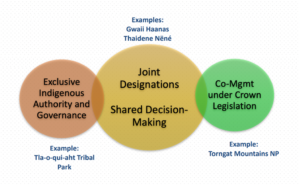 Source: Innes et al., Indigenous Laws in the Context of Conservation, at 8.

At one end of the jurisdictional spectrum, “Co-Managed Protected Areas” represent a form of protected area that is established under Crown legislation, whether it be federal, provincial, or territorial. Such areas may constitute an IPCA if an Indigenous party consents to such a designation and is able to significantly shape how decisions are made, and where Crown authorities are subject to a co-management regime. However, to qualify as a genuine IPCA, it is essential for it to be Indigenous led.

Torngat Mountains National Park in Labrador is one such example. This park was first established as a National Park Reserve in 2005 and then became a National Park pursuant to the Nunavik Inuit Land Claims Agreement. This park requires the Crown agency responsible for management and operations to consult with Inuit on all matters and guarantees Inuit rights of access and use.

At the other end of the jurisdictional spectrum are IPCAs established entirely by Indigenous governments. Typically, this occurs through “self-declaration”, “where Indigenous authorities assert their inherent rights and jurisdiction over traditional unceded territories,” in accordance with Indigenous laws.

Dasiqox Tribal Park designated by the Tsilhqot’in National Government is an example of an IPCA created entirely through Indigenous jurisdiction. Established in 2014, Dasiqox Tribal Park was an expression of the Tsilhqot’in First Nation’s right to govern and manage their unceded territory pursuant to the Supreme Court of Canada’s recognition of their Aboriginal title. Establishment of the park was motivated by the Elders who insisted on protecting the land. As the sole decision-makers and managers of the land, the Tsilhqot’in communities rejected a co-management model and opted not to seek provincial protected area designation. 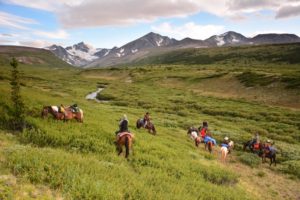 In the middle of the jurisdictional spectrum are jointly designated IPCAs. These are protected areas established pursuant to both Indigenous and Crown jurisdiction. The Thaidene Nëné is one such IPCA. An agreement was made between the Government of the Northwest Territories, Parks Canada, and Łutsël K’é Dene First Nation to designate Thaidene Nëné as an Indigenous Protected Area. The area is designated under Dene Law, as well as under federal law as a National Park Reserve and territorial law as a Territorial Park. All decisions are made by consensus and Dene legal principles of equality and reciprocity are woven throughout the Agreements. Lawyers Georgia Lloyd-Smith and Larry Innes contend that a benefit of joint-authority is that “the recognition of Indigenous law and shared decision-making substantially reduces conflicts and fosters relationships that advance mutual learning and effective decision-making.” 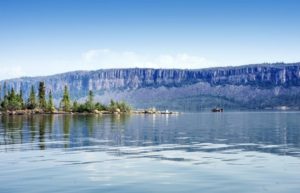 Regardless of Where the IPCA Falls on the Spectrum, It Must Be Indigenous Led

Each of the three IPCA jurisdictional models provide opportunities for a way forward in advancing Indigenous-led conservation. Every community will have a unique context for deciding the best model for their territory at a particular time. Regardless of where the IPCA falls on the spectrum, it is essential for Indigenous voices to be heard, listened to, and their priorities implemented for the area to qualify as an IPCA.

Crucially, while IPCAs already exist today under Indigenous laws they are yet to find recognition in the colonial state-based legal recognition of Canada or the provinces. State-recognition may not be necessary from an Indigenous legal perspective, yet the failure of governments to respect IPCAs can leave Indigenous territory vulnerable to Crown-authorized development and extraction. For example, in 2018, Grassy Narrows (GN) First Nation enacted a Land Declaration declaring their territory an IPCA, banning certain land uses such as mining and logging activities. However, given the lack of legal recognition from Ontario for this Indigenous declared IPCA, in 2021, GN is still fighting to have their jurisdiction respected. GN is currently in the process of challenging nine mining “exploration permits” that were handed out by Ontario between 2018 and 2021, alleging that these mining companies trespassed onto their traditional territory, violating their land declaration.

Additionally, call to Action 45 of the Truth and Reconciliation Commission calls on all levels of government to reconcile Indigenous and Crown constitutional and legal orders to ensure Indigenous Peoples are full partners in confederation. IPCAs offer an opportunity for governments to explicitly recognize and affirm Indigenous laws, jurisdiction, and governance systems, furthering the goals of reconciliation, Indigenous resurgence, and self-determination.

There is no one model for the formation, management, and governance of IPCAs precisely because they must be rooted in Indigenous laws and systems of governance. However, it is always important for the Crown to commit to meaningfully working with Indigenous authorities to recognize and support the implementation of IPCAs over the long term. Given the importance of advancing reconciliation and the severity of Canada’s biodiversity crisis, it is in all of our interests to demand that they do so.