A recently proposed federal bill could lead to the development of a national strategy to address environmental racism. But a quicker path to urgently needed reform might already exist.

What is environmental racism? In Canada, it looks like the ongoing failure to remediate the Wabigoon River in Grassy Narrows First Nation, where 90% of residents suffer from mercury poisoning. It looks like trucking toxic waste out of white communities and dumping it in landfills next to African-Nova Scotian ones, with no community consultation. And it looks like failing to implement and enforce toxic substance exposure limits in workplaces dominated by racialized workers, such as nail salons. Environmental racism is a systemic form of racism in which racialized and Indigenous communities suffer disproportionate levels of environmental harm and are chronically underrepresented in environmental decision-making and the benefits of resource development. 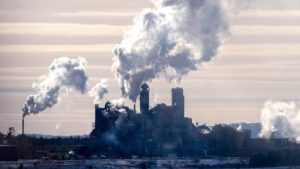 For over fifty years, the Northern Pulp Mill has piped 90 million litres a day of effluent into Boat Harbour, located in the backyard of Pictou Landing First Nation

Canada has developed an international reputation for inaction on environmental racism. Community advocacy groups have pushed for legal form, championing provincial and federal bills to require the government to gather data and develop a national strategy to address environmental racism. The federal bill has received widespread support, but has not yet been made into law.

A quicker path to reform, at least as an interim measure, may already exist in the form of the Canada Environmental Protection Act (CEPA). CEPA is Canada’s “cornerstone” law for protecting human health and the environment from pollution and toxic substances. In its 2020 throne speech, the federal government promised to “modernize” CEPA, presenting an important opportunity for change. Because CEPA is a federal law, amendments to it could address problems nationally that would otherwise have to be regulated province-by-province. And, importantly, CEPA already includes several legal mechanisms that could easily be tweaked to address the needs of marginalized communities.

CEPA imposes a duty on the government to study substances that are being produced in or imported into Canada. If the substance presents a serious risk to human health or the environment at current exposure levels, then it is considered toxic. The Act imposes certain regulatory requirements for toxic substances, though the relevant Ministers retain considerable discretion in crafting regulatory measures. CEPA also establishes reporting requirements and various opportunities for public participation, which would be crucial for ensuring accountability and forcing government action on environmental racism.[1] But CEPA, as it currently stands, does nothing to acknowledge that the harms it is trying to control against are not equitably distributed amongst Canadians.

The government’s own Standing Committee on Environment and Sustainable Development has twice (in 2007 and 2017) recommended amendments to CEPA aimed at addressing environmental racism. The amendments recommended in 2017 would require that the Ministers “assess exposures of vulnerable populations and marginalized communities” when determining if a substance is toxic, and assess the impact that any proposed regulatory instrument would have on these communities. These amendments would create duties that could be enforced through an application for judicial review if, for example, the government failed to designate as toxic a substance that posed little threat to the general population but an elevated threat to a vulnerable population as a result of increased exposure. Organisations like the Canadian Environmental Law Association have further proposed defining “vulnerable populations” expansively so as to ensure the broadest protections.

Using CEPA to regulate against environmental racism also has its downsides. One of the major issues facing racialized communities is not the mere existence of toxic substances in Canada, but the geographic concentration of those substances in areas where people of colour live and work. CEPA does not give the federal government the power to dictate where waste disposal sites and chemical production plants are located. These are areas of provincial and municipal jurisdiction. Further, toxics are only one facet of environmental racism: it’s not clear that CEPA could be used to effectively address other more diffuse forms of environmental discrimination, such as the differential impacts of climate change. Ultimately, CEPA is constrained by its status as a criminal law, which means that any provisions that aren’t prohibitions backed by penalties with a criminal law purpose could be vulnerable to a Constitutional challenge.

A Final Chance for Meaningful Change

Nonetheless, impactful and timely changes could be achieved through CEPA amendments. Unfortunately, the current government does not appear to be following the recommendations of its own Standing Committee.

Last month the government released Bill S-5, its bill to amend CEPA. The bill would require the government to assess the effects of toxic substances on vulnerable populations, but only based on currently “available information,” not requiring any additional research. This is extremely problematic, because available information is often limited and the government has no direct incentive to produce more. The burden of quantifying the impact of environmental racism cannot be allowed fall on marginalized communities.

Instead, the government should take inspiration from REACH, the toxics regulation framework in place throughout the European Union. REACH makes manufacturers and importers responsible for studying the effects of toxic substances and investigating potentially safer alternatives. Canada could lead the way in also requiring manufacturers and importers to prove that proposed substances won’t adversely affect marginalized populations.

Bill S-5 is currently proceeding through Parliament, but legislative committees have yet to review submissions and recommend amendments. This means that the government has one final chance to do the right thing and begin to address environmental racism in Canada.